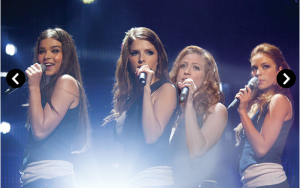 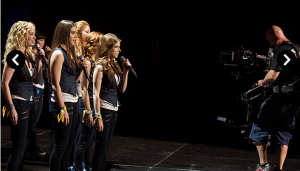 The trailer for the sequel to the 2012 film about a capella groups, starring Anna Kendrick and Brittany Snow, is now available (below)!

This time around, the Barden Bellas are competing on the world stage. Familiar faces, including director Elizabeth Banks, are back, as are the gang’s crazy antics.

“It’s a big responsibility, but I was really excited to take it on and try to do it confidently,” Banks told ABC News of directing the movie. “[The original] was lightning in a bottle and it was such a surprise to see how the movie was received. The whole ‘Cups’ phenomenon was a surprise to all of us. It came from the authenticity of the movie, and this time around we were really aiming to do that again and be pure in our intention to tell more of the story of these characters that people have fallen in love with.”